No one, no matter your political affiliation, can deny we are living in a divisive time for American politics.  There is not much we seem to agree on, and the fighting seems to never end.  This would seem to be the worst time for this book to come out, but I would argue there is no greater time to advocate for the end of the electoral college. Jesse Wegman lays out a very succinct argument for ending this misunderstood process while providing well-researched historical context for this archaic and anti-democratic system.  Every American citizen should read this book. 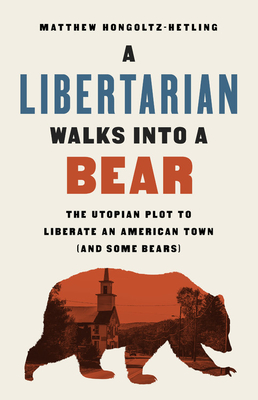 Fair warning: I feel like I should get this out of the way right off the bat: I really can’t stand Libertarianism as a concept or ideology nor can I put up with Libertarians in general so I fully admit that I was hoping for some schadenfreude while reading this book.  While my beliefs about libertarianism didn’t change, this book was nothing like I thought it would be and I found myself moved by several of the townspeople’s stories and left with a feeling of sadness about the world that I didn’t expect.  The story told in this book is also humorous, irreverent, and timely in a way that I don’t think Hongoltz-Hetling could have imagined when he began to write it.  I would recommend this book for both political and non-political book fans.

It has gotten to the point where Jasmine Guillory can do no wrong in my eyes.  Her books aren’t the most original romances out there but they are always charming and fun and the stories are delightful. This book is no different.  I will pick up any book she writes based on her track record and I cannot wait for her next release.

I am very torn in regards to this review.  I read Hillbilly Elegy because I wanted to practice what I preach…that is, to read and try and understand different political views from my own.  I can’t say that J.D. Vance changed my mind on anything but I can appreciate that he tried to show his side of things in a well written and eloquent manner.  My main issues with this book are not that I don’t agree with much of what he thinks or believes but that he discusses the issues “hillbillys” have in the United States today but doesn’t offer any solutions for how to overcome the obstacles that exist within this group.  I wanted more of a guide than he offered.