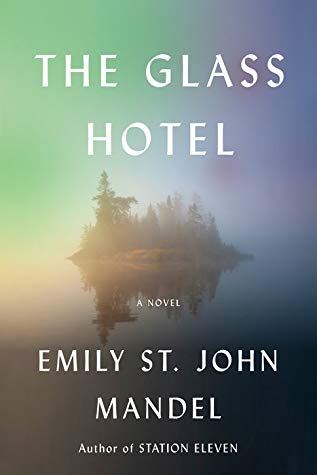 There are authors out there that write books that require contemplation when finished.  They require thought and analysis and ask the reader to think about what they just read.  Emily St. John Mandel is one such author.  Whenever I read her books, I think “this is how books should be written.”  The problem with “The Glass Hotel” is not really anything that can be helped…it’s the follow up to “Station Eleven,” a book that is in my top ten books of all time and won numerous literary awards.  Despite not quite reaching “Station Eleven” heights, it was still a mesmerizing, haunting tale that I would recommend.

From Goodreads: Vincent is a bartender at the Hotel Caiette, a five-star glass and cedar palace on an island in British Columbia. Jonathan Alkaitis works in finance and owns the hotel. When he passes Vincent his card with a tip, it’s the beginning of their life together. That same day, Vincent’s half-brother, Paul, scrawls a note on the windowed wall of the hotel: “Why don’t you swallow broken glass.” Leon Prevant, a shipping executive for a company called Neptune Logistics, sees the note from the hotel bar and is shaken to his core. Thirteen years later Vincent mysteriously disappears from the deck of the Neptune Cumberland. Weaving together the lives of these characters, The Glass Hotel moves between the ship, the skyscrapers of Manhattan, and the wilderness of northern Vancouver Island, painting a breathtaking picture of greed and guilt, fantasy and delusion, art and the ghosts of our pasts.

As always, St. John Mandel’s writing is beautiful.  It is intricate but accessible, it’s literary without being pretentious. And she makes you savor every letter and word.   Like “Station Eleven,” this book goes back and forth in time and it’s only towards the end do you realize how certain characters are connected or why things that happened on page 10 are importation to what happens on page 210.  I know that some people find this jarring or annoying but I like how we are given only bits of information on characters before all is revealed.

I didn’t connect with the characters as much as I have with previous books and my only guess as to why is that there were too many.  I had to put this book down a few times while reading and I sometimes struggled to remember who was who when I picked it back up.   I find myself wondering what this book was really about, which isn’t always a bad thing, but I would struggle to describe this book to someone.  There were some plot points that I didn’t see the need for and others that I wanted more of. I wanted to see more of Vincent and Paul’s relationship and more of what made Vincent tick.

While not living up to “Station Eleven” this is still a better book than most of what is being published.  It takes a special author to make a subject that I have no interest in (in this case, ponzi schemes) interesting.  What it boils down to is that I just really, really, really enjoy her writing and will read anything she writes.  I would recommend this to fans of St. John Mandel’s as well as new readers.

Favorite Quote: “The point is she raised herself into a new life by sheer force of will Vincent’s mother had said, and Vincent wondered even at the time-she would have been about eleven-what that statement might suggest about how happy Vincent’s mother was about the way her own life had gone, this woman who’d imagined writing poetry in the wilderness but somehow found herself sunk in the mundane difficulties of raising a child and running a household in the wilderness instead.”