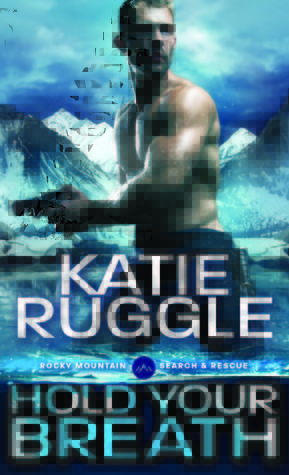 This is not a book I would typically read but when the assignment for my reading group requires a contemporary romantic suspense book, here we are.  This wasn’t a bad book, but I felt the description was in accurate and in the end, it was meh.

Lou Sparks moved to the Rocky Mountain area to escape her family and a controlling ex-boyfriend who can’t seem to understand that they are broken up.  She joins the ice rescue dive team where her captain is Callum Cook, a stoic man Lou finds herself attracted to more and more.  While on a training mission, the dive team finds a dead body and Lou and Callum decide to investigate the murder together.  When a stalker starts targeting Lou, they must figure out who is out to get her and if there is a connection to the mysterious body they found.

When I picked up this book I thought that it would be more about the dive team and I thought the romance would feature prominently in the story.   I was mistaken on both.  The only purpose of the dive team seemed to be so the characters could find the body and the setting for the climactic final scene.  There is no explanation given as to why or how Lou joined the team which I found strange.  While I enjoyed the dialogue as well as the banter between Lou and Callum the romance was tepid and there were very few sexual scenes.   The mystery of the dead body kept me interested but the stalker story line was very easy to guess and there were no surprises there.  As I said to my reading group, it’s not a bad book, it’s just blah.   I don’t see the need to continue this series but I may give the author another shot.