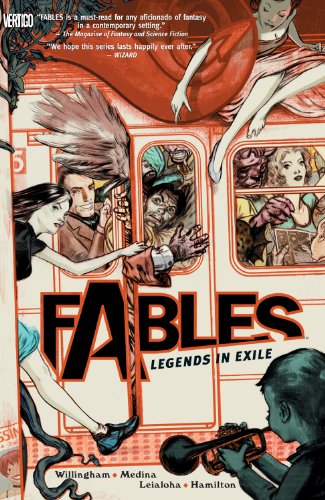 I have been waiting to review this title as a series rather than individual volumes, so this review will encompass volumes 1-22.

Where to begin?  This series was recommended to me by a friend and fellow librarian because we both enjoy graphic novels and she thought I would enjoy the theme of fairy tales being told with a different spin.  When I read the synopsis of volume one and looked at the cover, I thought to myself “this may be a series that I can’t put down.” Boy was I right!   From the very beginning I was engrossed with not only the stories being told but the numerous characters I was introduced to in each volume and how they all connected in the wonderful world Bill Willingham created.

Was every volume perfect?  No.  In fact, some were downright bad or uninteresting (I’m looking at you volume 13!)  However, there were some volumes that were absolutely perfect in terms of story arc, character development, and emotional connection.   Some volumes were weird, some sad, some funny but all served a purpose in the overall story.  I think that part of my enjoyment of the series (and my ability to not be too upset with a bad volume) was knowing that the story was done, every volume written, every character with an ending.  There is a particular sadness in reading a graphic novel series and knowing that you have to wait a certain amount of time for the next installment.   With Fables, I knew I could just pick up the next volume and get to reading-there were no cliff hangers.  In reading reviews from people who had been invested in this series from the beginning, their interest seemed to wane, especially after a bad volume, to the point where some didn’t want to finish it once volume 22 was released.   I know that my feelings on this series have been affected by my quick read of every volume knowing in the back of my head that there would be no waiting period for the next installment.

In terms of characters, I could list every one that appears but that would be several pages of this review.   Bibgy started as my favorite and throughout the series remained the one character that I rooted for no matter what was going on and I looked forward to volumes where he had a major story line.   His change from Big Bad Wolf to Sheriff and trusted advisor to all the fables was brilliant. His love story with Snow White was romantic without being cheesy, and his relationship with his cubs was adorable. 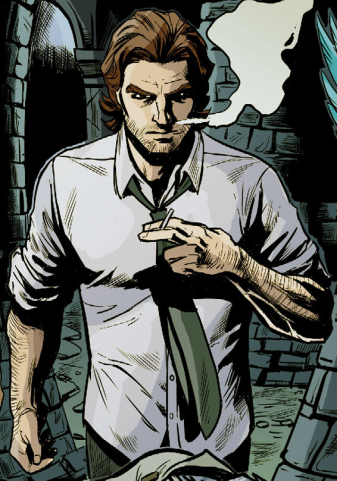 Having said that, there are so many characters to love that I would have a hard time picking my absolute favorite.  In particular, Boy Blue’s story line really made me emotional and I ended up loving the way his story ended. 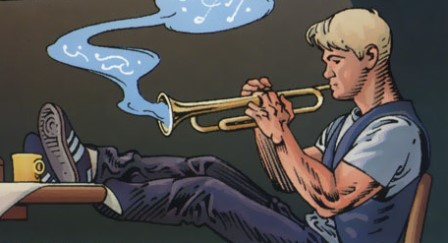 There were many character that I didn’t like, only to change my mind as the story went on.  There were also characters that seemed unimportant to the overall story who ended up being key figures in later volumes.  Each volume provided the writers the chance to make someone new the hero, or the villain, and I loved that they kept me guessing as to whose story I would read about in each volume.

One minor complaint I have about the series as a whole is the problem I had figuring out which Fable was which, especially the women.  You could tell that sometimes the artists used the same general outline for the close ups and just changed the hair color of the person.  While this didn’t distract from my enjoyment of the series, it was something I noticed.

This series has become one of my favorite graphic novels and I know I will go back eventually and re-read the entire series to see if there are things I missed (I’m sure there is).